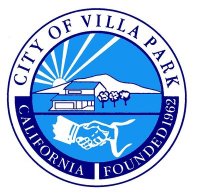 Villa Park was originally an agricultural area producing grapes, walnuts, and apricots before citrus became the major crop for about 60 years. Citrus ranchers and their families molded Villa Park into a vital community and organized its incorporation to save it from what they felt were the unwelcome zoning practices from the eastward-moving city of Orange.

These ranchers established the Serrano Water District, which still provides Villa Park’s water to its residents.