The Upper Bay of Newport is a canyon, which was carved by a stream in the Pleistocene period. The lower bay of Newport was formed much later by sand, brought along by ocean currents, constructed the offshore beach, now recognized as the Balboa Peninsula of Newport Beach. Throughout the 1800s, settlers began to settle the area due to the availability of land. The State of California sold acre-plots of land for $1 a piece in the Newport area. Anglo-American civilization in Newport grew substantially when in 1870 a 105-ton steamer named The Vaquero, captained by Captain Samuel S. Dunnells, against warnings posted by surveyors, safely steered through the lower and upper bay of Newport where it unloaded its cargo.

James Irvine, after hearing the astonishing news, quickly traveled from his home in San Francisco to the San Joaquin Ranch. Meeting in Irvine’s ranch house near current day UC Irvine with his brother, Robert Irvine, and friend James McFadden, they all agreed that the newly found port should be named simply, “Newport” thus where Newport Beach gets its name.

In 1905 city development increased when Pacific Electric Railway established a southern terminus in Newport connecting the beach with downtown Los Angeles. In 1906 with a population of 206 citizens, the scattered settlements were incorporated as the City of Newport Beach.

Settlements filled in on the Peninsula, West Newport, Newport Island, Balboa Island and Lido Isle. In 1923 Corona del Mar was annexed and in 2002 Newport Coast, East Santa Ana Heights and San Joaquin Hills, were annexed. In 2008, after a long battle with the city of Costa Mesa, Newport Beach annexed West Santa Ana Heights. 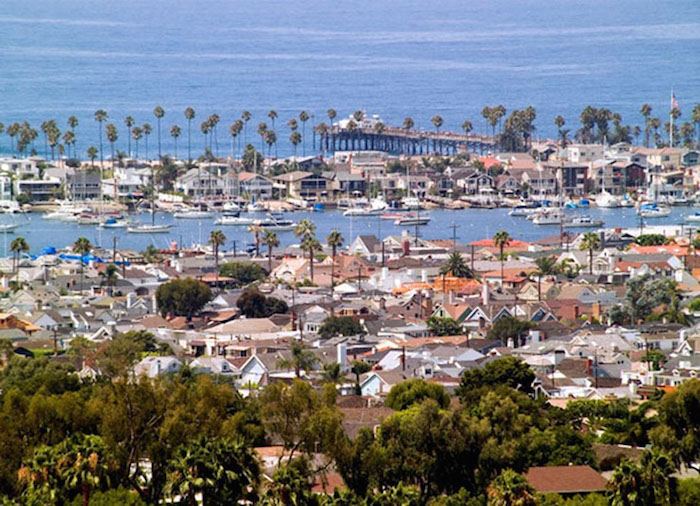