Huntington Beach is a seaside city in Orange County California. The city is named after American businessman Henry E. Huntington.

Huntington Beach is known for its long 9.5-mile stretch of sandy beach, mild climate, excellent surfing, and beach culture. The ocean waves are enhanced by a natural effect caused by the edge-diffraction of open ocean swells around the island of Catalina. Swells generated predominantly from the North Pacific in winter and from a combination of Southern Hemisphere storms and hurricanes in the summer focus on Huntington Beach creating consistent surf all year long, thus the nickname “Surf City, USA”.

Spanish soldier, Manuel Nieto, received a Spanish land grant of 300,000 acres in 1784 as a reward for his military service and to encourage settlement in Alta California.

The main thoroughfare of Huntington Beach, Beach Boulevard, was originally a cattle route for the main industry of the Rancho. Since its time as a parcel of the enormous Spanish land grant, Huntington Beach has undergone many incarnations. One time it was known as Shell Beach, the town of Smeltzer, and then Gospel Swamp for the revival meetings that were held in the marshland where the community college Golden West College can currently be found. Later it became known as Fairview and then Pacific City as it developed into a tourist destination.

In order to secure access to the Red Car lines that used to criss-cross Los Angeles and ended in Long Beach, Pacific City ceded enormous power to railroad magnate Henry E. Huntington, and thus became a city whose name has been written into corporate sponsorship. 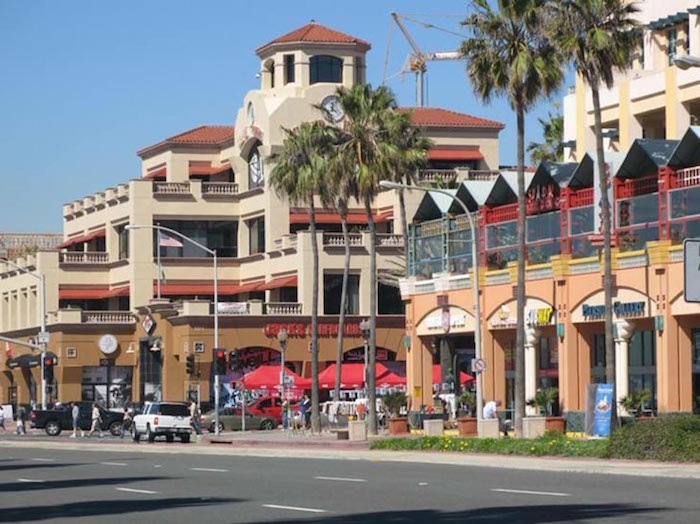