Fullerton is a city located in Orange County, California and was founded in 1887. It secured the land on behalf of the Atchison, Topeka and Santa Fe Railway. Historically it was a center of agriculture, notably groves of Valencia oranges and other citrus crops; petroleum extraction; transportation; and manufacturing. It is home to several higher educational institutions, notably California State University, Fullerton and Fullerton College.

The Fullerton area became part of Rancho San Juan Cajón de Santa Ana, granted to Juan Pacifico Ontiveros, a Spanish soldier. Ontiveros began to sell parcels of the Rancho to migrant Americans settling and developing California in the aftermath of the 1849 Gold Rush, including Massachusetts native Abel Stearns. In the 1860s, Stearns sold in turn to Domingo Bastanchury, a Basque shepherd.

In 1886 while in the area on a duck hunting vacation, Malden brothers George and Edward Amerige, heard rumors that the California Central Railroad, a subsidiary of the Santa Fe Railway, was looking for land. Sensing opportunity, they arranged to buy 430 acres north of Anaheim for approximately $68,000.

They then began negotiations with George H. Fullerton, president of the Pacific Land and Improvement Company, also a Santa Fe subsidiary. They offered free right-of-way and half interest in the land to the railroad if Fullerton’s survey were revised to include the proposed town site, and on July 5, 1887 Edward Amerige formally staked his claim at what is now the intersection of Harbor Boulevard and Commonwealth Avenue. 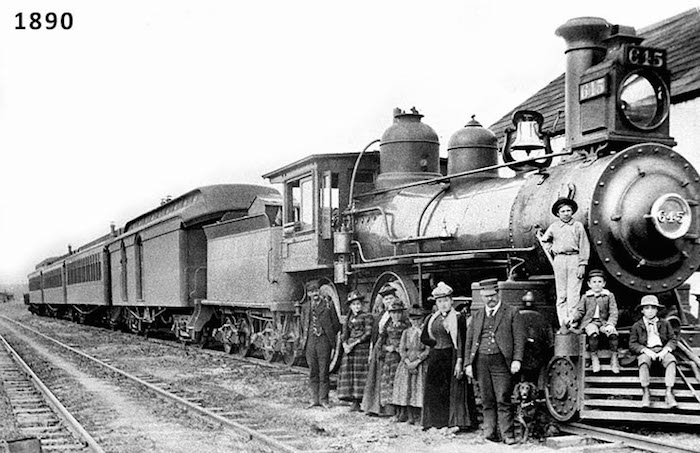 In 1894 Charles Chapman, a retired Chicago publisher and a descendant of John “Johnny Appleseed” Chapman, purchased an orange orchard in eastern Fullerton. The Valencia variety of oranges he promoted from his Santa Ysabel Ranch, well suited to the local climate, proved a boon to producers; Fullerton boasted more orange groves than any other municipality in the United States. Cultivation of walnuts and avocados also flourished, and the Western railroad town became an agricultural center. Fullerton incorporated in 1904. 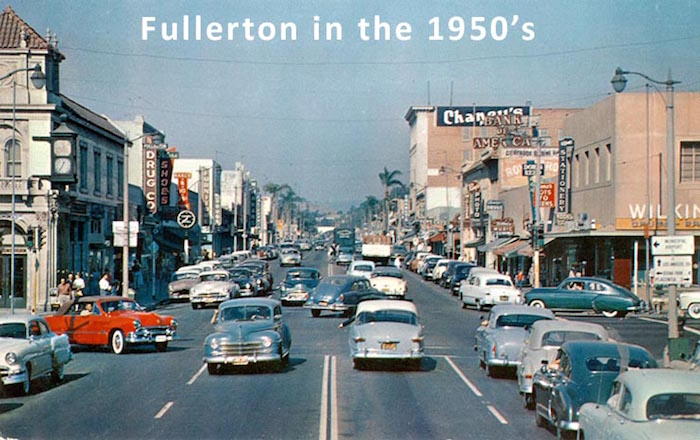