Manuel Nieto of the Portolà expeditions received a land grant by the King of Spain in 1783, which was then divided by his heirs into five separate ranchos in 1834. One of them, 46,806-acre Rancho Los Coyotes, included the current site of the City of Buena Park. The rancho’s adobe headquarters lay on what is now Los Coyotes Country Club’s golf course.

Abel Stearns had acquired Rancho Los Coyotes. In 1885, James A. Whitaker, a wholesale grocer from Chicago, purchased 690 acres of this land from Stearns. In 1887, Whitaker founded the City of Buena Park in conjunction with the railway development of what is now Orange County.

The exact derivation of the name Buena Park is uncertain. One theory is that Whitaker used the name of a Chicago suburb: Buena Park, Illinois, although the community in Illinois was also named in 1887. Another theory relates to the artesian well and its park-like grounds once located at the current intersection of what are now Artesia Blvd and Beach Blvd. The city of Buena Park was incorporated on January 27, 1953. An agricultural center when founded —mostly dairy, wine and citrus products— is now primarily a residential suburb. 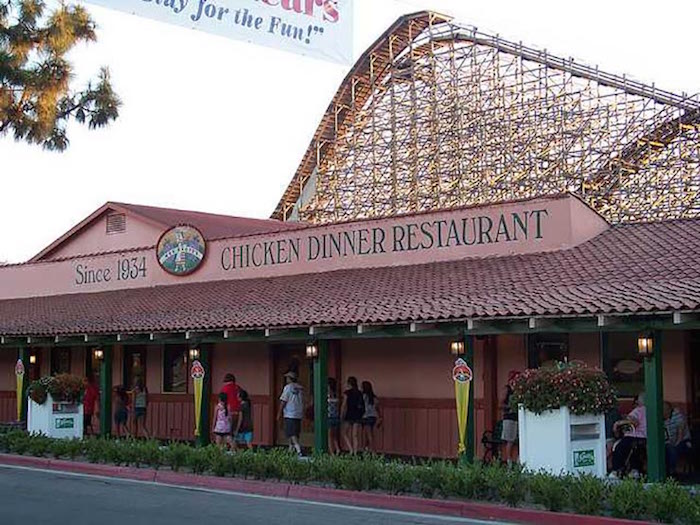